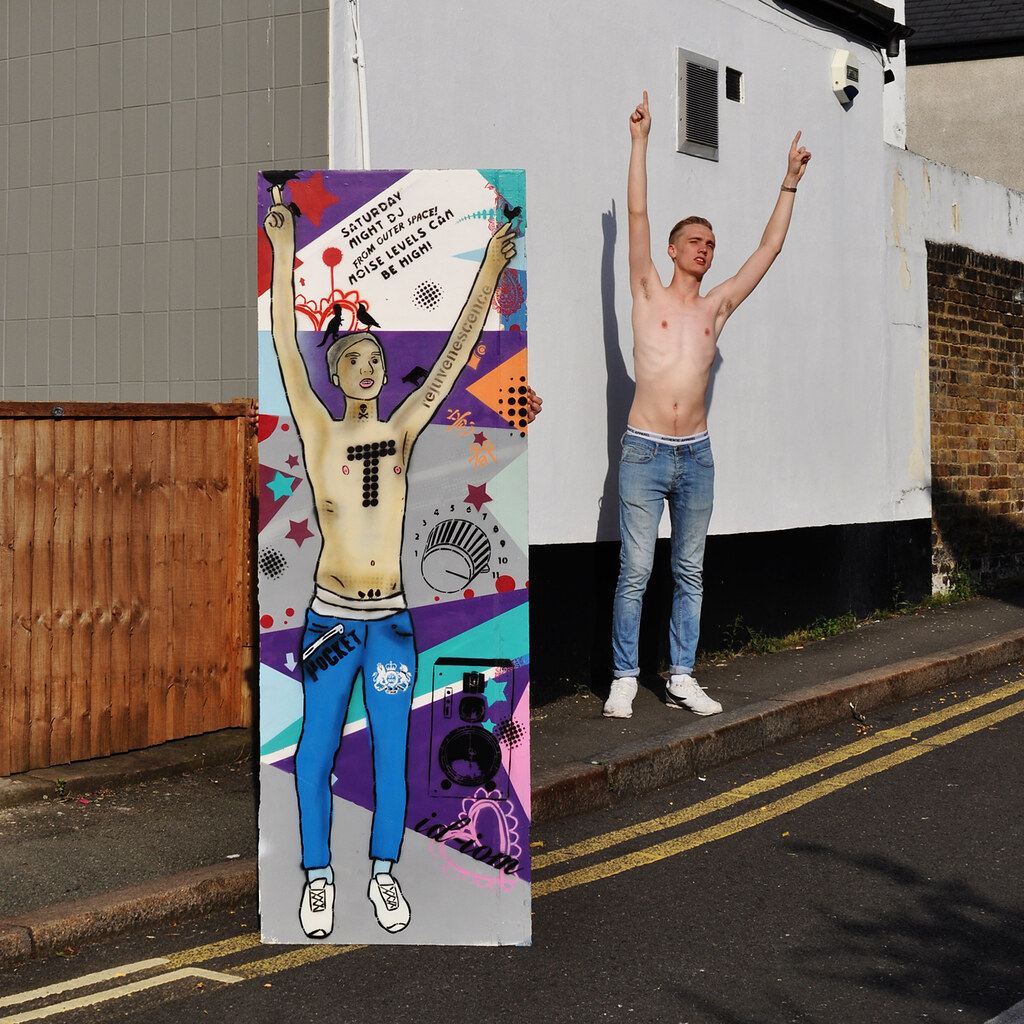 For no better reason than we had the door in the garden and the devil makes work for idle hands we decided to paint up a disco door featuring our muse for this piece, Tommy. The original image was a low res pic taken on a phone and I used it for a small digital piece that I did for Tommy just because I liked the photo so much. And here it is. 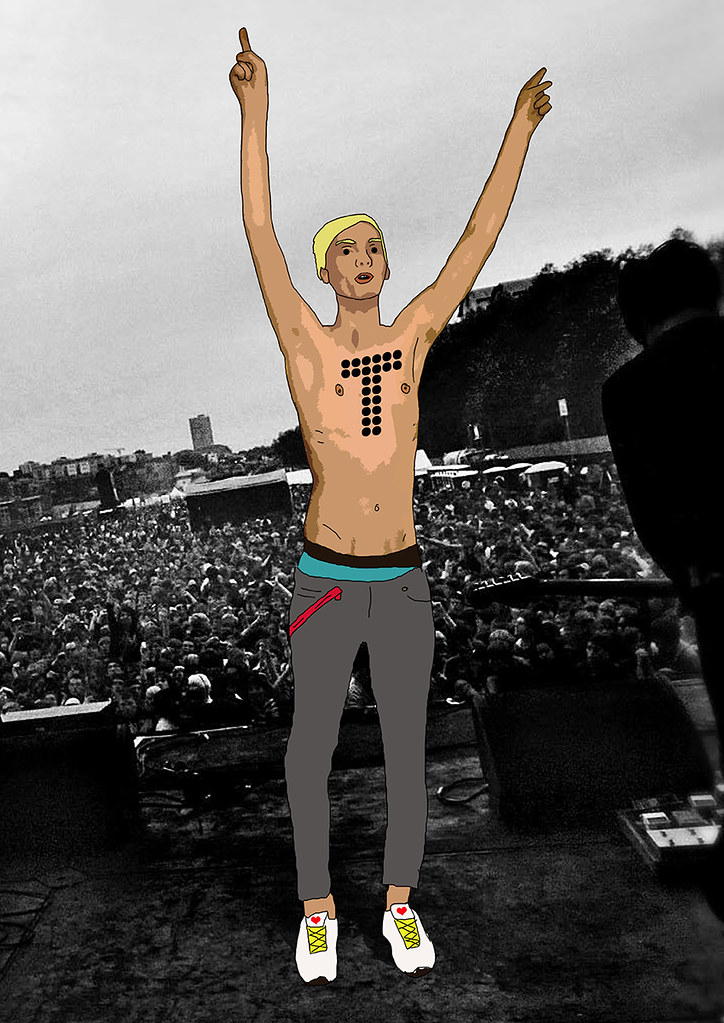 He’s known to enjoy a little bit of djing occasionally and can often be found pulling this power move at about 2am if things are going his way. Clearly the masterstroke with this one is that we managed to blag him to recreate his original pose for the photo. But which is which? As our version is almost photorealistic I would imagine it’s pretty tricky to tell the difference. I’ll leave it up to you to decide…