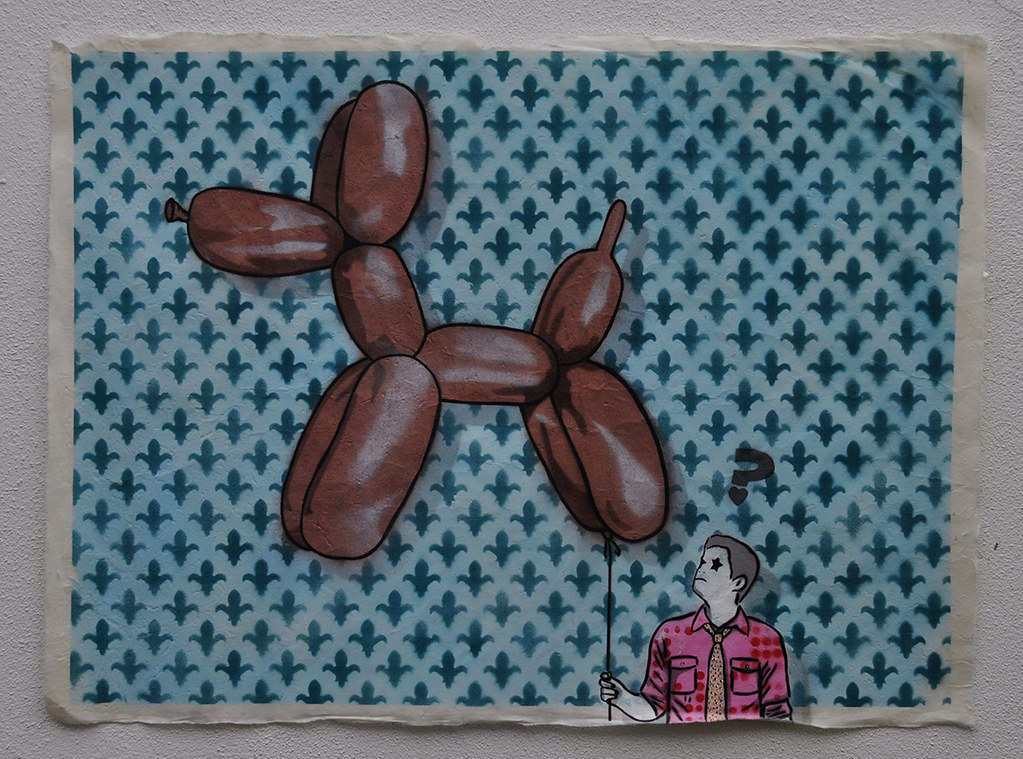 I was reading something about the artist Jeff Koons and the fact that his piece ‘Balloon dog (orange)’ sold for a world record auction price for a piece of work by a living artist in November 2013. It sold for a staggering $58.4 million. Art critics are apparently divided over whether he’s due to be historically important or whether his works are crass and kitsch and are the product of cynical self-marketing.

Personally I love shiny stuff and I also love things that are comically out of proportion so the massive shiny metal balloon dogs are something that really appeal to me. Although whether I’d pay the best part of $60 million for one (even if I had it) remains to be seen. Anyway, all that may seem beside the point but now here’s the segue back to today’s piece. I recently had a very strange dream which I think was influenced by the article on Koons that I had read. It made little sense – as dreams are wont to do but one residing image I had of that dream is pretty much what you see before you. A man staring quizzically at the large and shiny Koons balloon dog that he has on a piece of string. I’d like to think it some kind of sub-conscious commentary on art as a commodity but I’m pretty sure I’m far too shallow for that. So there you have it. Take from that what you will…

Oh, and it’s all done on some fancy handmade rag paper which is slightly more absorbent that I thought it would be but I guess you live and learn.