Now who’s been a naughty girl? 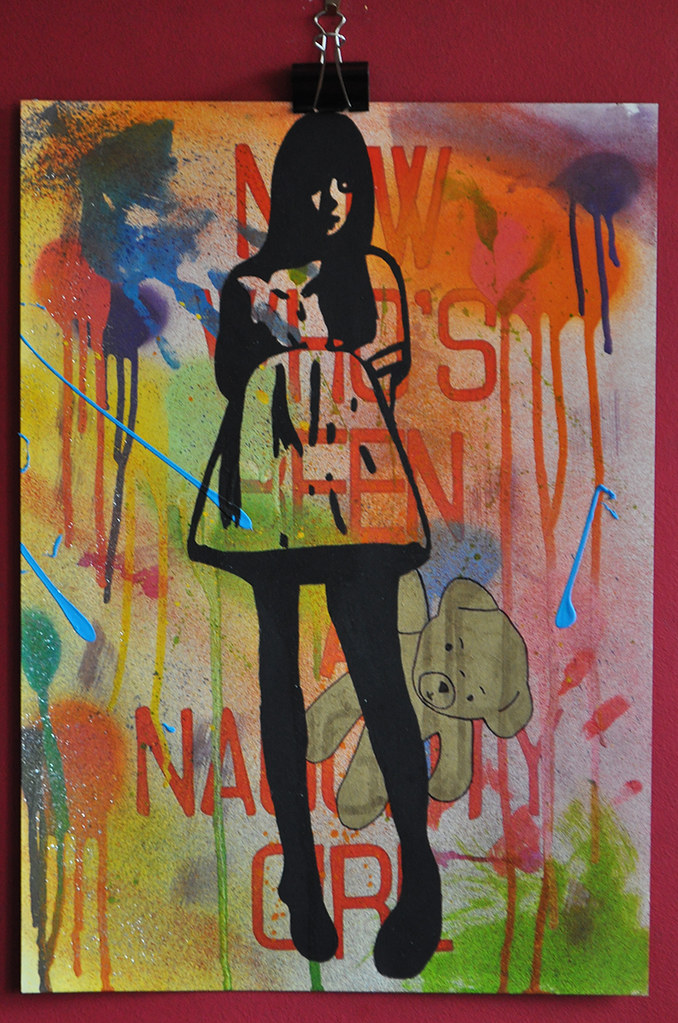 Now who’s been a naughty girl?

Now although this girl looks as innocent as they come don’t be fooled by it, she has in fact been a very naughty girl. So naughty in fact that i just had to paint this picture to immortalise the severity of it all. Needless to say she went to bed without any dinner that night…

It is A2 in size and is made using the magic of acrylic, spray paint and paint pen . Signed on reverse.

We made an appearance at last year’s Boardmasters festival in Newquay to do a bit of painting. After working all day on the Saturday we naturally went for a couple of beers and one thing led to another and before we knew it i was doing some ‘unauthorised’ painting around the festival site. When we made an appearance the next day we were told in no uncertain terms that it was blatantly us that had done it (which, in our hungover state, we weakly denied) and that such behaviour was out of order if we ever wished to return.It was this act of being put on the naughty step which inspired the picture below.

Whilst i was certainly feeling a little guilty I also thought it was a risk you were running by asking a load of artists to turn up and then not expect the odd thing to get a new coat of paint… Oh well, i’ll try a little harder to behave myself next time.

Not to end on a bad note i do have to say the festival was a top notch weekend! We made some new friends, the weather was gorgeous and it was nice to see Newquay. Maybe we’ll get the chance to go again this year (then again maybe not!)…